A Netflix documentary to be released this Friday tells the story of a former Russian doping scientist who came to the United States in late 2015 and exposed the Russian Anti-Doping Agency that was able to game the anti-doping system and rig the Sochi 2014 Winter Games.

Grigory Rodchenkov fled to the United States after fearing that the former head of the Russian Anti-Doping agency was silenced by murder and that he might be next.  Dr. Rodchenkov’s account could not be independently verified, but it was consistent with the broad findings of a report published last year by the World Anti-Doping Agency. Rodchenkov is currently under the protective custody of the U.S. Department of Justice. 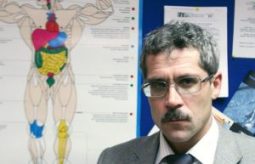 Corrupt behavior is always difficult to detect since it is, by nature, secretive and guarded. But in sports it is particularly challenging to combat, since teams are driven by peer loyalty and  range of vested interests. This means that we can usually only identify corruption in sports through extensive undercover investigations or whistleblowers.  It also means that coming clean is an act of great courage and the scrutiny that follows can be overwhelming.

As an outgrowth of their experience with Rodchenkov, the filmmaker’s legal counsel Ed Stier and others — including “Icarus” co-producer and venture capitalist Jim Swartz and Olympic speed skating champion and philanthropist Johann Koss — established FairSport, a nonprofit foundation for whistleblower support and athletes’ rights.

If you or someone you know needs legal advice about the protections afforded to whistleblowers of any kind, contact an experienced attorney at Christensen & Jensen for a free and confidential consultation.