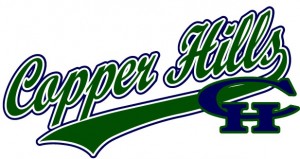 C&J attorneys Scot A. Boyd and Nathan D. Alder represent the parents of the Bingham High School drill team in the matter.  During the panel hearing in front of the UHSAA, Bingham’s drill team coach said, “Unfortunately, there wasn’t an even playing field this year as rules were broken.”

In addition to private meetings with judges, other drill teams and parents alleged that Copper Hills broke the rules by changing their costumes and editing their music between the regional and state competitions.  Principal for Bingham High School said, “There was percussion [added to music] for a much greater effect and a dramatic ending.”

UHSAA rules specifically provide that “no alterations are allowed” in music, costuming, or choreography except for 16 total counts.

The Bingham and Brighton High School drill teams filed official protests during the competition, but Copper Hills was still crowned as the 5A State Champions.  Copper Hills High School’s principal said their drill team won because they did not in fact cheat.  “I absolutely stand by my coach.  She would do nothing to jeopardize a state championship,” said the Copper Hills principal.

At the close of the UHSAA panel hearing, the panel ruled as follows:

If you or someone you know has information about potential cheating or other misconduct as it relates to high school athletics or other activities, please do not hesitate to contact our whistleblower team for a consultation.  Potential whistleblowers should be encouraged by the UHSAA’s efforts to curb the abuses like those perpetrated by Copper Hills High School.  For more information on the Copper Hills drill team case, read here and watch here.