Will the Supreme Court dial back whistleblower protection? 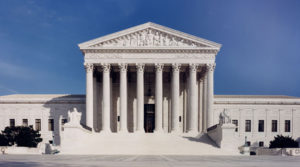 Several U.S. Supreme Court justices on Tuesday seemed reluctant to broaden whistleblower protection for corporate whistleblowers. The judicial body appeared to suggest that those protections should only apply to whistleblowers who report problems to the government.

The hour-long discussion on Digital v Somers centered on how to apply provisions of the 2010 Dodd-Frank Act, passed by Congress after the 2008 financial crisis. The Dodd-Frank Act includes protections for corporate insiders who blow the whistle on securities law violations or fraud by their companies, to protect the whistleblower from retaliation. However, in this case, the whistleblower alleges he was retaliated against.

In 2014, Somers, who worked for Digital Realty as a Vice President of the company’s Singapore division, was fired. According to his complaint, Somers had filed several reports to his senior management regarding possible securities law violations by the company. Subsequent to receiving these reports, Somers was fired, which he alleges was an act of retaliation and a violation of whistleblower protection law.

The current appeal hinges on the fact that, at the time, Somers did not report his concerns to the Securities and Exchange Commission (SEC) before he was terminated. Somers then sued Digital Realty, alleging the company had violated state and federal laws, including Section 21F of the Exchange Act, which includes the anti-retaliation protections created by the Dodd-Frank Act. Digital Realty then filed to dismiss the Section 21F claim on the ground that, because Somers did not report the possible violations directly to the SEC, he was not a “whistleblower” as defined in the Dodd-Frank Act and therefore was not entitled to whistleblower protection under its provisions.

A federal judge refused the company’s attempt to dismiss Somers’ claim, saying the law covered a wide array of disclosures by whistleblowers, not just those who report to the SEC. The 9th U.S. Circuit Court of Appeals upheld the ruling in March, and Digital Realty appealed to the Supreme Court.

On Tuesday, the justices discussed the fact that people who report issues to their company’s management are still entitled to whistleblower protection against retaliation under an older law, the 2002 Sarbanes-Oxley Act. The two laws differ in a number of ways, however, including how long people have to bring a lawsuit and the amount of money they can get in compensation.

Any employee considering reporting unethical violations or lawbreaking should consult with an experienced whistleblower attorney before revealing their information, in order to protect themselves from retaliation. Get a free, confidential evaluation of your whistleblower case from our whistleblower law firm by contacting us before you go public with your claims.