As health care enrollments under the Affordable Care Act increase each year, the potential for healthcare waste, fraud and abuse has also increased. To deter heathcare fraud, the government has whistleblower laws to protect individuals who 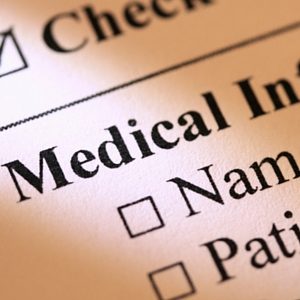 reveal wrongdoing, especially within the Medicaid or Medicare programs.

Healthcare workers are in the front lines delivering services and it’s not surprising that they are often the first to notice or suspect something inappropriate. This may explain why an increasing number of whistleblower complaints are being brought to light by physicians.

Federal whistleblower laws provide legal claims for those who discover or suspect legal or regulatory violations, or fraud, waste, corruption, or abuse by entities doing business with the government. Whistleblower claims are usually brought as qui tam actions that fall under state or federal law.

Qui tam lawsuits are different from most other types of civil lawsuits. Most importantly for most whistleblowers, a qui tam lawsuit is filed “under seal” meaning it is not made public until the government can investigate the claims and decide whether to prosecute the lawsuit. In most jurisdictions, to file a qui tam case, the whistleblower must be the first to file the claim and must be the original source of the information provided to the government.

Physicians who become whistleblowers may do so for a variety of professional or personal reasons. But whatever the reason, the rewards in whistleblower cases can be substantial.

For example, In January 2014, an operator of numerous hospitals in Kentucky agreed to pay $16.5 million to settle allegations that it submitted false claims to the Medicare and Medicaid programs for cardiac procedures that were not medically necessary. In addition to the allegations that physicians, with the knowledge of the hospital, performed numerous invasive but medically unnecessary cardiac procedures, the government further claimed that the hospital entered into sham management agreements as kickbacks that incentivized doctors to refer more patients to the hospitals. The case began with qui tam lawsuits initiated by three cardiologists who will receive $2.46 million of the settlement funds.

Qui tam claims become public once they are filed with the court and physicians who bring whistleblower claims may be characterized as “disruptive”, “rogue employees”, or “troublemakers”. They may be subject to harassment or be shunned by their colleagues. This can happen even when (as is the case) physician whistleblowers are respected physicians, including hospital chiefs of staff or academic department chairs.

In spite of the drawbacks, whistleblowers are most often compelled to speak up because they have a strong set of ethics and morals. But if they have a deep sense of loyalty to their organization or company, their loyalty may lull them into a false sense of assurance that the company will just “do the right thing” as soon as the issues are brought to their attention.