Colorado to pay $280,000 to prisons whistleblower 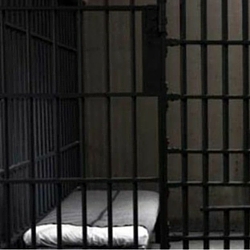 A whistleblower formerly employed by the Colorado prison system will be paid  $280,000 to settle her complaint that the state tried to punish and silence her for her whistleblowing activities.

Maureen O’Keefe, the former director of Colorado Department of Corrections’ Office of Planning and Analysis, filed a whistleblower complaint that said the state sought to punish and silence her, including twice placing her on administrative leave.

As reported by The Denver Post, O’Keefe accused prisons director Rick Raemisch and his department of exaggerating the results of reforms he implemented in 2013.

The reforms were supposed to address systemic flaws and Raemisch had launched a national publicity campaign to support them.

Workplace retaliation against her for being a whistleblower?

On Sept. 11, 2014, O’Keefe was relieved of her supervisory position and was told she would only be conducting research.  Three weeks later, an employee claimed that O’Keefe had yelled at him.

O’Keefe was placed on administrative leave a month later without receiving any negative performance report. According to her whistleblower complaint, before she questioned the data, her prior job performance evaluations had mostly been “exemplary”. Because of this, on Oct. 31, 2014, O’Keefe appealed her suspension under Colorado’s whistleblower law.

O’Keefe also wrote a letter to prisons director Raemisch on Dec. 4, 2014. In the letter she said,

Two weeks later, O’Keefe received a report from an Inspector General’s office personnel investigation alleging that employees she supervised were so afraid of her that some had resigned. The allegations stated that O’Keefe was difficult and unpleasant to work with, and created a toxic, hostile, and abusive work environment.

O’Keefe denied the allegations and alleges that at least one employee was questioned until they told investigators what they wanted to hear.

On Jan. 26, 2015, O’Keefe says she was accused of providing confidential medical records to a state senator — an accusation she denied – and the following day she was again placed on administrative leave. On Dec. 31, 2015, O’Keefe resigned.

Administrative Law Judge Keith Shandalow wrote that O’Keefe “met her burden” to have a formal hearing on her whistleblower complaint.

Shandalow wrote that the timing of the state’s disciplinary actions against O’Keefe, including her second placement on administrative leave a day after taking corrective action, “creates an inference of a causal link” between whistleblowing and adverse actions against her.

O’Keefe declined to comment about the agreement, which includes a disclaimer that prison officials denied any wrongdoing.