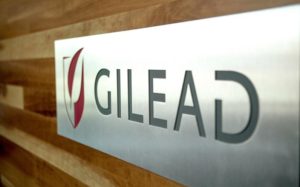 In a decision that shows the courts take whistleblower allegations very seriously, the Ninth Circuit Court of Appeals  (the “Ninth Circuit”) has revived a whistleblower lawsuit that was dismissed at the district level in 2015.

The suit, U.S. ex. rel. Campie v. Gilead Sciences Inc., was brought by two former Gilead Sciences (“Gilead”) employees,  who claimed the company violated the False Claims Act by misleading the FDA about the source and quality of active ingredients in HIV drugs Emtriva, Truvada and Atripla. Specifically, the lawsuit alleges Gilead informed the FDA that it sourced the material from approved sites in Canada, Germany, South Korea and the U.S. when, in fact, it sourced it from an unapproved manufacturer in China.

Specifically, the allegations in the lawsuit referred to Gilead’s HIV drugs Emtriva, Truvada and Atripla, which are among the world’s most widely prescribed HIV medications. According to whistleblower Jeff Campie who was senior director of global quality assurance at Gilead from July 2006 to July 2009, Gilead allegedly brought China-made emtricitabine into the U.S. for use in those three drugs.

U.S. law requires all drug manufacturing partners to be FDA-approved. A key factor for gaining FDA approval is that facilities used to source active ingredients must meet federal “good manufacturing standards” that help ensure the quality and purity of drugs. However, the lawsuit claims that Gilead did not even attempt to seek approval for its manufacturer for almost two years. Starting in December 2007, Campie claims Gilead had shipping labels “obscured or augmented” to conceal where the source products were manufactured. Doing so would have been an attempt to circumvent FDA regulations for the manufacture of those drugs in order to get the ingredients into the U.S.

In one of the instances described, the whistleblowers claimed Gilead had brought emtricitabine into the U.S. for use in Emtriva, Truvada and Atripla, claiming the ingredient came from an approved South Korean manufacturer. In fact, the whistleblowers allege, Gilead was using an unapproved Chinese supplier in order to save money and trigger “price reduction clauses” with other manufacturing partners.

The Campies contend some of the unapproved emtricitabine from China also didn’t pass Gilead’s internal quality tests, and the company covered up those results and did not reveal that information to the FDA.

After almost two years, Gilead submitted its new manufacturer to the FDA for approval, but still neglected to include data from the failed batches. The lawsuit alleges, for example, that one of the tested batch contained “residual solvent levels in excess of established limits,” while a second tested positive for “microbial contamination” in addition to arsenic, chromium and nickel contaminants.

In general, federal healthcare programs only pay for FDA-approved drugs. However, according to the lawsuit, because Gilead failed to reveal the problems with testing failures and contamination, Medicaid and Medicare spent $5 billion on Emtriva, Truvada and Atripla during 2008 and 2009 alone.

The company later stopped using the Chinese facilities after continued contamination problems. Whistleblower Campie says he was terminated because he fought the company’s actions.

A federal district court initially dismissed the case for failure to allege a valid claim under the False Claims Act. Upon appeal, the Ninth Circuit Court reversed that decision, holding that the complaint adequately alleged that Gilead made false representations by providing a product that it represented as conforming to the FDA requirement on using approved facilities when it did not.

Because Gilead misrepresented it was providing specific drugs that met FDA regulations and failed to disclose its noncompliance with those regulations, the Ninth Circuit Court also concluded that the original complaint had met the criteria for the type of “implied certification” claim approved by a Supreme Court ruling last year. The Ninth Circuit Court held it did not matter that the misrepresentations were made to a regulatory agency rather than to the agency that makes the payment decision. In its decision, the Ninth Circuit Court, observed that “if a false statement is integral to a causal chain leading to payment, it is irrelevant how the federal bureaucracy has apportioned the statements among layers of paperwork.”

The decision also noted that the Courts of Appeal in the First, Third, and Fourth Circuits had cautioned against False Claims Act cases “wad[ing] into the FDA regulatory regime,” pointing out that the key question was whether the misrepresentation was “material,” meaning it was likely to affect the government’s decision to make a payment.

The court rejected the defense’s argument that FDA approval of a drug immunizes companies from False Claims Act liability, even when false statements were used to obtain the approval. The court pointed out that it is not the FDA’s purpose to prevent fraud on the government.The court also rejected Gilead’s argument that any violations could not have mattered to the government because the FDA did not revoke the drug’s approval and the government continued to pay for the drug.

While whistleblowers still need to prove their case, the decision of the Ninth Circuit Court lends important support for whistleblower cases that seek to recover taxpayer funds spent on drugs that do not comply with FDA safety regulations for their manufacture and may be contaminated or otherwise flawed.

Over the years, prescription drug manufacturers have been slapped with billions in fines after they are caught overstepping regulatory limits meant to protect patients and taxpayers. In spite of this, the pharmaceutical industry continues to flaunt the rules, potentially causing great harm to the public and often at a cost to taxpayers. The most significant cases in the pharmaceutical industry have been initiated by concerned whistleblowers, who have forced the wrongdoers in this industry to become more transparent and play by the rules.