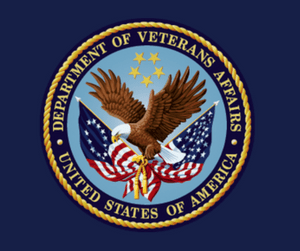 “The Administration is committed to ensuring the Nation’s veterans have access to the care, services, and benefits they have earned,” the White House said in a statement about the new VA reform bill. “To achieve this goal, it is critical that employees of the Department of Veterans Affairs (VA) are held to the highest performance standards, and that they are accountable when those standards are not met. In addition, it is important that employees be able to discuss concerns without fear of retribution or reprisal, particularly when those concerns deal with the quality of care Federal employees provide to our veterans. Therefore, whistleblower rights and processes must be clear and unambiguous.”

The bill received bi-partisan support in both the Senate and the House, with members of both parties recognizing the need to strengthen existing whistleblower protections, as well as the need to be able to apply penalties to an employee that has not met performance standards or who is guilty of misconduct.

“This legislation provides the VA Secretary the authority needed to hold employees accountable for their wrongdoing, and strengthens protections for whistleblowers who are committed to the health and wellbeing of veterans. Our veterans deserve a VA they can have trust in, and these commonsense solutions are key to restoring that confidence,” said Senator John McCain.

The measure passed the House by a 368-55 vote earlier this month. It passed the Senate by a unanimous voice vote.

The Veterans Administration is the second-largest department in the U.S. government, with more than 350,000 employees, and is responsible for providing health care and other services to military veterans. However, stories of chaos and mismanagement within the Veteran’s Administration have circulated for many years.

In 2014, A VA physician, Dr. Sam Foote and Pauline DeWenter, a VA scheduling clerk, went public as whistleblowers. DeWenter revealed the existence of a secret scheduling list at the VA in Phoenix, AZ. The resulting fallout led to the resignation of VA Secretary Eric Shinseki. Dozens of veterans are alleged to have died because of long wait times at VA hospitals across the country. DeWenter also alleged that files of deceased veterans were altered to cover up that veterans had died while waiting for care.

Other VA whistleblowers have alleged that they were subjected to retaliation after they revealed wrongdoing. The Veterans Administration Accountability and Whistleblower Protection Act specifically:

The VA Reform Bill gives VA whistleblowers new confidence that their rights will be protected. Everyone who has the courage to blow the whistle on wrongdoing should be protected from retaliation. If you have concerns about illegal violations of employment, health, or safety standards and you think you may have a whistleblower case, contact us. One of our experienced whistleblower attorneys will review your claims confidentially to see if you have a case for a possible whistleblower lawsuit.