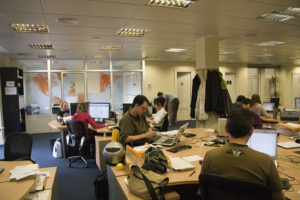 Whistleblowers play an important role in keeping the public safe from unscrupulous companies or individuals. Even so, there are misconceptions about what, and who, whistleblowers are and what constitutes a whistleblower case.

What is a whistleblower?

In general, a whistleblower is somebody who observes or knows about fraud or wrongdoing, and who stands up to that wrong and reports it.

Who becomes a whistleblower?

Whistleblowers are ordinary people from all walks of life. The one thing whistleblowers have in common is that they acknowledge what’s going on is not acceptable and they speak up to stop it.

How do you know if you have a whistleblower case?

Being a whistleblower can be difficult, especially for those whistleblowers who are employees of a large organization. It is hard to step forward and tell the company you work for that the organization is doing something wrong. Moreover, depending on who you talk to, you may experience retaliatory actions for coming forward, such as being demoted, transferred, or even fired. Many whistleblowers are also subjected to harassment such as having their character attacked, or being given a poor performance review that is unwarranted.

Other common misconceptions about whistleblowers are that they are greedy, vengeful, or have an axe to grind against the company or against individuals within the company. In fact, most whistleblowers are not primarily motivated by money or revenge. Instead, their concern is about getting the truth out and righting a wrong.

Will the government join my whistleblower case?

When a lawsuit is filed under the False Claims Act, the government is notified of the suit. One of the reasons why all such lawsuits are kept under wraps for at least 30 days is to give the government a chance to investigate the claims. Claims that are found to be “meritorious” are claims that the government reasonably believes they can prove and win, in a court of law.

Typically, for a claim to have merit, there should be some form of proof attached to the claim, such as documentation of the fraud committed, or first-hand witness statements, or similar kinds of evidence.