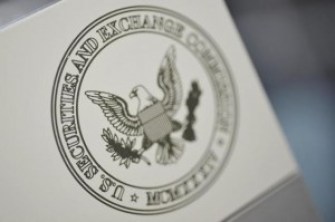 Two distinct themes have emerged from the recent whistleblower awards issued by the SEC Office of the Whistleblower:

1) The SEC’s Whistleblower Office will, if warranted, pay big awards; and

2) The faster a potential whistleblower provides the SEC with information, the higher the award will be.

Under the SEC’s whistleblower program, individuals may be eligible for an award “when they voluntarily provide the SEC with unique and useful information that leads to a successful enforcement action,” the SEC said.

Whistleblower awards generally range from 10% to 30% of the total amount recovered in the SEC enforcement action, so long as the amount recovered exceeds $1 million.  All whistleblower payments are made from an “investor protection” fund, which was established by Congress and financed entirely via the monetary sanctions imposed on securities law violators, and no money that is paid to the whistleblowers by the SEC Office of the Whistleblower is taken or withheld from harmed securities investors.  Additionally, the SEC protects the confidentiality of whistleblowers and does not disclose information that might directly or indirectly reveal a whistleblower’s identity.

Sean McKessy, Chief of the SEC Office of the Whistleblower, said of the whistleblower program:

We’re seeing a significant uptick in whistleblower tips over prior years, and we believe that’s attributable to increased public awareness of our program and the tens of millions of dollars we’ve paid to whistleblowers for information that helped us bring successful enforcement actions.

Another recent award from the SEC Office of the Whistleblower suggests that the SEC is becoming increasingly inclined to rely on tips from company outsiders.  In that case, the SEC paid a whistleblower more than $700,000 “who conducted a detailed analysis that led to a successful SEC enforcement action.”

“The voluntary submission of high-quality analysis by industry experts can be every bit as valuable as first-hand knowledge of wrongdoing by company insiders,” said Andrew Ceresney, Director of the SEC’s Enforcement Division.  “We will continue to leverage all forms of information and analysis we receive from whistleblowers to help better detect and prosecute federal securities law violations.”

This award demonstrates the Commission’s commitment to awarding those who voluntarily provide independent analysis as well as independent knowledge of securities law violations to the agency.  We welcome analytical information from those with in-depth market knowledge and experience that may provide the springboard for an investigation.

2015 Report to Congress from SEC Office of the Whistleblower

The SEC recently reported in its 2015 Annual Report to Congress that, to date, “almost half of the award recipients [have been] current or former employees of the company on which they reported information of wrongdoing.”  However, that means the remaining whistleblower award recipients were company outsiders, or individuals who obtained information of possible misconduct by virtue of being “victims of the fraud, professionals working in a related industry, or [having] a personal relationship with the alleged wrongdoer.”  The SEC also said that “[t]here is no requirement under the Whistleblower Rules that an individual must be a current or former employee to be eligible for an award.”