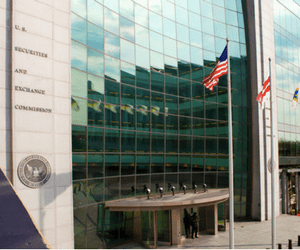 A whistleblower reward of $1.9 million will be paid to a whistleblower who provided information to the Securities and Exchange Commission (the “SEC”), the agency announced today.

While keeping the details secret, the SEC revealed that the information received resulted in a successful SEC enforcement action against a registered entity that impacted retail customers.

In the order determining how much would be paid in the whistleblower reward, the SEC stated that the whistleblower, who did not work for the offending company, had come forward voluntarily. The whistleblower had provided the SEC with new information and supporting documentation about a securities law violation being committed by a broker-dealer.

In all whistleblower cases, the decision of the government whether or not to proceed relies on the quality of the evidence they receive. In this case, the evidence the whistleblower was able to provide was strong enough for the SEC to proceed with an enforcement action and strong enough for the agency to be successful in the effort to bring the perpetrator to justice.

Whistleblower rewards can be substantial

Whistleblower rewards range from 10 percent to 30 percent of the money collected when a court orders a monetary sanction on the guilty party that exceeds $1 million. All payments to whistleblowers are made out of an investor protection fund established by Congress that is financed entirely through monetary sanctions paid to the SEC by securities law violators.  No money allocated to investors who were harmed by the fraud, violation, or wrongdoing is used to pay a whistleblower reward.

“Today’s award reflects the impact that whistleblower information can have in uncovering violations that harm the retail investor,” said Jane Norberg, Chief of the SEC’s Office of the Whistleblower.  “We welcome high-quality information about potential securities-law violations from those in and outside a company.”

Since the whistleblower program began in 2011, the SEC has awarded more than $162 million to 47 whistleblowers. So far, the average whistleblower reward has been around $3 million, with the largest award (in 2014) being over $30 million. According to the SEC, whistleblower tips have helped recover over $1 billion in money lost by investors who were hurt by the wrongdoing.