What Happens in a Qui Tam Lawsuit? 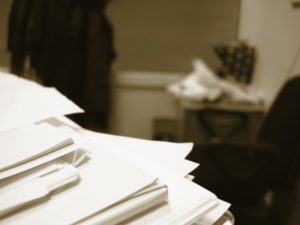 The first step in a qui tam (whistleblower) lawsuit is to have an experienced qui tam attorney review your claims. The attorney will determine whether your claims fall under the False Claims Act and whether you have enough evidence to proceed with filing a qui tam lawsuit (also referred to as the “complaint”).

Your whistleblower attorney will also determine what claims you can make under federal law based on the evidence you have, whether there are state laws under which you can also file a complaint, and whether there are any additional claims that should be added to your complaint.

The disclosure statement is important because it not only serves as a notice that your suit has been filed with the court, but it also contains all the details of the alleged misconduct which falls under the False Claims Act. The government will also receive copies of any and all documentation relevant to the alleged false claims acts.

The disclosure statement and additional documentation are intended to convince the government that your case has merit and that they should take over the case (or, “intervene”). Typically, the government intervenes in 1 out of 5 qui tam cases filed.

This procedure gives the government an opportunity to investigate the allegations in secret, without raising an alarm. For this reason, it is forbidden for your whistleblower attorney, or anyone else who knows about the whistleblower case, to discuss the case or disclose any information about it (including the filing of the case) to anyone, including co-workers, friends or family, and certainly not to the media.

Failing to follow this requirement for secrecy can result in your case being dismissed.

After the qui tam complaint is filed, the government has 60 days to decide whether they wish to intervene, decline to intervene, or to request an extension of time. It’s not unusual for the government to ask for several extensions of time past the initial 60-day period. Extensions will be used to determine whether or not they wish to take over the qui tam case, seek to have it dismissed, or attempt to settle the case without going to trial.

Once the government’s investigation of the allegations is complete the government may decide to intervene. However, even if the government decides it does not wish to take over the case, the whistleblower may still pursue the qui tam lawsuit and still be entitled to a share of the recovery if they win.

Companies and persons who violate the False Claims Act are required to pay back the government three times the amount of the damages determined, plus additional penalties for each claim that falls under the False Claims Act. The person filing the qui tam lawsuit (or, “the relator”) may be entitled to a reward of as much as 30% of the total amount of the repayment and penalties. To have your claims reviewed by an experienced whistleblower attorney, use our whistleblower hotline to contact us about your possible qui tam lawsuit.