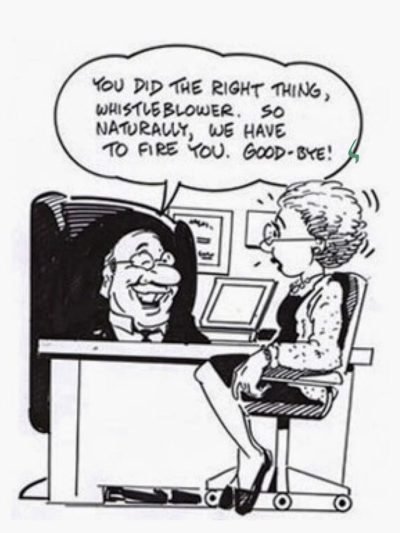 In an effort to speed up the claims process under the Occupational Safety and Health Administration’s (“OSHA”) Whistleblower Protection Program, the U.S. Department of Labor (“DOL”) has launched a new pilot program, called the “Expedited Case Processing Pilot,” in its western region.  As a result of the new pilot program, certain complainants may request that OSHA cease its investigation and issue findings in an expedited fashion for a DOL administrative law judge (“ALJ”) to review.

Under the new pilot program, a complainant covered by certain statutes may request that OSHA cease its investigation and issue findings for an ALJ’s review, but only if certain criteria are met.  According to OSHA’s press release about the new program, once a complainant requests expedited processing, the complainant’s case will be assessed for the following criteria:

OSHA says that, if a complainant’s case meets the aforementioned criteria, then OSHA officials will evaluate the complainant’s claim to determine if, “based on the information gathered up to the date of the complainant’s request for expedited processing, whether reasonable cause exists to believe that a violation of the statute occurred.”  Based on this evaluation, OSHA says that its officials will then take one of three actions: 1) “dismiss the claim and inform the complainant of the right to proceed before an administrative law judge”; 2) “issue merits findings as expeditiously as possible”: or 3) “deny the request.”

It is important to note that an ALJ may order the same remedies as OSHA, hence an ALJ may order back pay, compensatory damages, punitive damages where authorized, attorneys’ fees, and reinstatement for the complainant.

OSHA encourages those employees that believe they have been retaliated against for engaging in protected activity to “file a complaint with the secretary of labor to request an investigation by OSHA’s Whistleblower Protection Program.”  According to OSHA, “The ultimate goal is to bring about quicker resolution for whistleblowers and their employers regarding claims of retaliation for reporting safety and other concerns on the job.”

If Successful, Then OSHA May Take Expedited Review Process Nationally

As noted, for now the pilot program is only operation in OSHA’s western region, which includes Arizona, California, Hawaii, Nevada, and three territorial and commonwealth islands in the Pacific.  However, if successful, OSHA says the pilot program may go national.  “If it’s successful here for us, the hope is it will be rolled out nationwide,” Mark Marchione, regional supervisory investigator for OSHA, said.

In addition to its “Expedited Case Processing Pilot,” OSHA announced in late May the launch of its pilot Severe Violator Enforcement Program (“W-SVEP”), which is meant to “focus on employers that engage in egregious behavior and blatant retaliation against workers who report unsafe working conditions and violations of the law.”  “When employers retaliate against workers who exercise their legal rights, other workers may suffer a chilling effect and fear exercising their rights to speak up. Problems don’t get fixed, and workers get hurt. Employers that act in that manner deserve greater public scrutiny and a powerful response from OSHA.”

Like the “Expedited Case Processing Pilot,” W-SVEP is only being tested in a certain region, the Kansas City region, which encompasses Kansas, Missouri and Nebraska, and those companies under federal enforcement in Iowa.  The criteria for inclusion on the W-SVEP log include:

OSHA says that, once an employer is determined to have met one of the above criteria, the employer will be placed on the W-SVEP log.  After being on the W-SVEP log for three years, OSHA says an employer “may petition the regional administrator for a follow-up visit and removal from the program.  At that time, OSHA will complete a comprehensive review of the company’s policies and practices to determine if they have addressed and remedied the retaliation and its effects sufficiently.”

“We hope that the W-SVEP pilot will be the catalyst that causes companies to change their behavior and instill a culture that restores employee confidence and reshapes the employer’s perspective on whistleblowing,” Karena Lorek, OSHA’s acting regional administrator in Kansas City, has said.  “In the past three years, four large regional employers would have met the criteria for inclusion in W-SVEP.”

It will be interesting to follow both of OSHA’s new pilot programs, and measure the overall effectiveness of each program.  As it relates to the “Expedited Case Processing Pilot,” it will be intriguing to see how the expedited process impacts the number of whistleblower complaints that are filed with OSHA in its western region, or whether that means more cases will be resolved by ALJ’s as opposed to proceeding through a full OSHA investigation.  Similarly, but for different reasons, it will be telling whether the W-SVEP program will deter employers from retaliating against whistleblower employees out of fear of being included in the W-SVEP log for at least three years.  Regardless, OSHA’s efforts to protect whistleblowers and deter retaliatory employers should warrant attention from employers and employees alike.