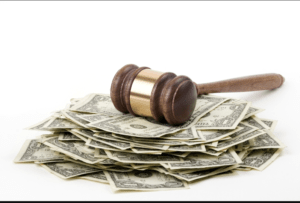 The U.S. Justice Department recovered over $4.7 billion in 2016 from cases brought under the False Claims Act (FCA). Of that amount, $2.9 billion – 60% – was recovered through cases begun by whistleblowers.

These results show how successful an effective whistleblower program can be in rectifying the injustice done to taxpayers and the government by unscrupulous individuals and companies.  In the fight against fraud and corruption – especially in healthcare fraud – whistleblowers are effective and necessary.

In 1986 the False Claims Amendment Act reformed the existing whistleblower law to allow individual private citizens to come forward as whistleblowers to file suits on behalf of the government and receive a share of the recovery. Since then, whistleblowers have helped the government recover $53 billion. In fact, the largest single healthcare fraud case in 2016 was initiated by two whistleblowers (United States ex rel. Kieff and LaCorte v. Wyeth and Pfizer, Inc.).

In this case, pharmaceutical giant Wyeth and Pfizer Inc. agreed to pay the government $784.6 million to resolve a lawsuit alleging that the company underpaid its drug rebates to Medicaid. The whistleblowers who originally brought the suit received $98,058,190 as their share of the recovery.

Principal Deputy Assistant Attorney General Benjamin C. Mizer points to the whistleblower reward provisions of the False Claims Act as one of the best tools in the Justice Department’s ongoing initiative to combat healthcare fraud, specifically Medicaid and Medicare fraud.

“The qui tam provisions provide a valuable incentive to industry insiders who are uniquely positioned to expose fraud and false claims to come forward despite the risk to their careers,” said Mizer.  “This takes courage, for which they are justly rewarded under the Act.”

This success of False Claims Act recoveries in 2016 shows how whistleblowers can be incredibly effective when they expose fraud and corruption and fight to protect American taxpayers. However, whistleblowers should know their rights before coming forward and have an experienced whistleblower attorney by their side when they do come forward. If you are thinking of reporting fraud or false claims, protect yourself first: contact us by email or call the hotline at (801) 323-5000 for a free and confidential evaluation of your claim.