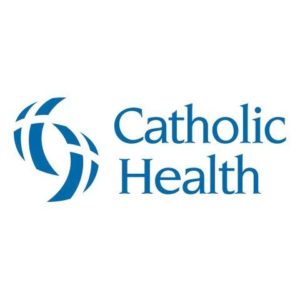 Two nurses who worked for Home & Community Based Care, a nursing home subsidiary of Catholic Health Systems, Inc. (“Catholic Health”) located in Buffalo, New York, will share a whistleblower reward for their part in exposing “unreasonable” billing made to Medicare. The whistleblower reward is part of a $6 million payment agreed to by Catholic Health to settle allegations that the subsidiary billed Medicare for services that were either not provided to patients, or were medically unnecessary (based on the medical records).

Catholic Health is a non-profit health system that serves western New York. The company was founded 19 years ago and includes hospitals, primary care, ob/gyn, and specialist health centers, 4 nursing homes (3 of which were involved in the billing scandal), drug and alcohol addiction services, physical, occupational and speech therapy and rehabilitation services.

According to prosecutors, between Jan. 1, 2007 and Dec. 31, 2014, Catholic Health, through its affiliate, Home & Community Based Care, formerly known as Continuing Care, submitted false claims to Medicare for rehabilitation therapy services.

Prosecutors say the services were administered to patients at levels that “were unreasonable, not medically necessary, and unsupported by the medical records, and that Catholic Health submitted false claims for payment related to those services.

In a statement, Acting U.S. Attorney James P. Kennedy, Jr. said, “A healthcare system that is infected with dishonesty is susceptible to one of the worst afflictions known to mankind—human greed…our [department has an] unwavering commitment to eradicating this cancer from our federal health care programs.”

Catholic Health System, Inc. was named as a defendant in the whistleblower lawsuit brought under the False Claims Act. Such a lawsuit, also known as a “qui tam” lawsuit) allows private individuals to bring lawsuits on behalf of the United States government to recover funds obtained through fraudulently billing a government agency such as Medicare or Medicaid. The whistleblower (also referred to as “the relator”) is eligible to receive a portion of the proceeds of any settlement or judgment awarded against a defendant in a qui tam suit.

“Catholic Health has agreed to settle a lawsuit alleging the health system provided Medicare and Medicaid patients medically unnecessary physical and occupational therapy services. The suit involved services provided during the years 2007 through the first quarter of 2014 at three Catholic Health subacute rehabilitation facilities – Father Baker Manor, McAuley Residence, and St. Francis Home.  In agreeing to the settlement, Catholic Health has admitted no liability or wrongdoing.

“The government’s case was based on findings of alleged overutilization in a small sample of cases. The government also relied on statistics indicating that rehabilitation services utilization at Catholic Health sub-acute rehabilitation facilities exceeded national averages. Determinations of the medical necessity of therapy services made years aftercare was provided are highly subjective, and Catholic Health does not agree with the government’s conclusions concerning the medical necessity of rehabilitation services provided at its facilities.

“Catholic Health cooperated fully throughout the government’s three-year investigation. Litigation of this matter would have gone on for years and consumed substantial internal and external resources. By agreeing to resolve this matter now, Catholic Health will instead direct those resources to continuing to provide patients the highest level of care.

“‘These allegations were never about the quality of care or the outcomes our patients achieved,’ said Leonardo Sette-Camara, Corporate Compliance Officer for Catholic Health. ‘We believe the care provided was appropriate and enabled our patients to return home sooner than if they had received less intense therapy. Defending these types of subjective allegations of overutilization, however, requires an unsustainable and ultimately unacceptable allocation of financial and personnel resources.’

“Since the timeframe in question, Joyce Markiewicz was named President & CEO of Home & Community Based Care for Catholic Health in 2014. Upon taking over responsibility for the health system’s skilled nursing and subacute rehabilitation facilities, Markiewicz conducted a thorough review of each facility’s performance, improving processes and increasing management oversight to ensure they provide the highest quality care and service.

As part of the False Claims Act settlement agreement in this case, Catholic Health has agreed to enter into a five-year corporate integrity agreement with the U.S. Office of the Inspector General.

The settlement is the result of an investigation by the Department of Health and Human Services, Office of Inspector General, Office of Investigations, under the direction of Special Agent-in-Charge Scott Lampert.

The claims resolved by these settlements are allegations only, and there have been no determinations of liability, prosecutors noted.