SEC whistleblower tips up in 2015. 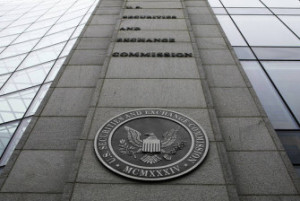 “We believe this uptick in whistleblower award claims is attributable to the increased public awareness of the SEC’s whistleblower program and in response to the tens of millions of dollars that have been paid to whistleblowers under the program,” Sean X. McKessy, the chief of the SEC’s Office of the Whistleblower said in a statement.

The amount an individual can receive is determined by the total monetary penalty, but whistleblowers receive anywhere from 10% – 30% of the total amount of the sanction.

The awards are paid out of a separate account maintained by the SEC and funded by enforcement sanctions. This special whistleblower account finished the last fiscal year with a balance of about $400 million.

Among the more common whistleblower tips reported to the SEC: corporate disclosures and financials, fraud, manipulation, and – not surprisingly – insider trading