A Connecticut whistleblower is set to receive $102,000 in a qui tam suit filed under the False Claims Act against a medical products supplier. 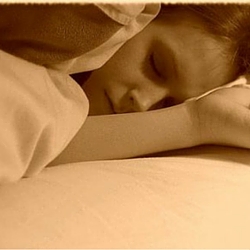 J & L Medical Services LLC agreed to pay the State of  Connecticut $600,000 to settle claims its preventative services for patients with sleep apnea were performed by unlicensed staffers.

According to the Connecticut U.S. Attorney’s Office, it was a whistleblower who alerted federal investigators. Under the False Claims Act, whistleblowers are entitled to receive a percentage of the proceeds of any judgment or settlement recovered by the government.

But, according to federal and state investigators, from Jan. 1, 2008 through May 15, 2013, J & L used unlicensed respiratory therapy technicians to provide its services, including fitting patients with masks used with the machines and educating patients how to use them. It is a violation of state law to use unlicensed personnel to provide such services, authorities said.

A complaint against J&L was filed in the U.S. District Court in Connecticut under the qui tam, or whistleblower, provisions of both the federal and state False Claims Acts.

The whistleblower, John Hart, who is a former employee of J&L and a licensed respiratory therapist, will receive a share of the proceeds of the settlement in the amount of $102,000.

J&L also agreed to implement a Compliance Program intended to prevent and/or detect fraud, waste, and abuse in claims submitted by the company to the Connecticut Medicaid program, as part of the settlement. Because this is a settlement, there is no determination of guilt or innocence related to the allegations.