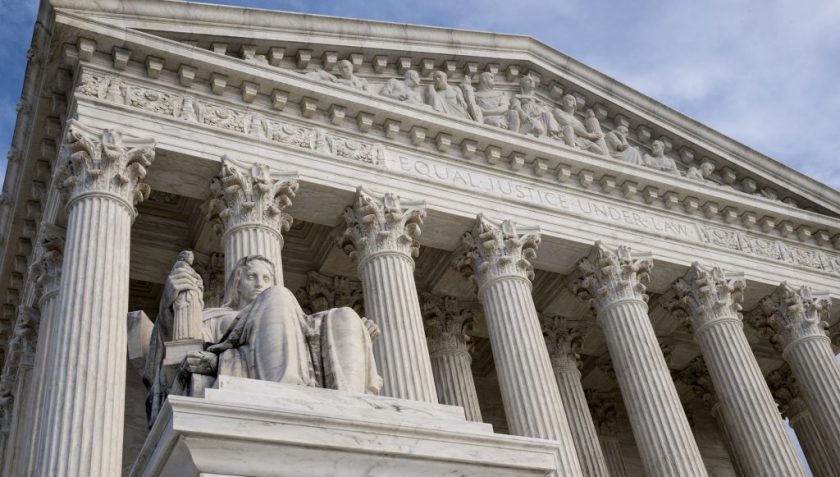 The first case, Kingdomware Technologies, Inc. v. United States, required the Supreme Court to weigh in on the whether federal agencies are doing enough to assure that government contracts are awarded to businesses owned by military veterans, especially those veterans that were wounded during their service.  Specifically, the case required the Supreme Court to examine various provisions of the Veterans Benefits, Health Care, and Information Technology Act of 2006.

In 2006, after becoming frustrated by the little success it had in getting federal agencies to give work to businesses owned by veterans, Congress passed the Veterans Benefits, Health Care, and Information Technology Act of 2006.  The Act requires the Secretary of Veteran Affairs to set annual goals for contracting with service-disabled and other veteran-owned small businesses.  In order to help government agencies reach those goals, a separate set-aside provision known as the “Rule of Two” provides that a contracting officer “shall award contracts” by restricting competition to veteran-owned small businesses if the officer reasonably expects that at least two such businesses will submit offers and that “the award can be made at a fair and reasonable price that offers best value to the United States.”  However, two exceptions to the “Rule of Two” provide that a contracting officer “may” use noncompetitive and sole-source contracts for contracts below specific dollar amounts.

Kingdomware Technologies Claimed Government did not Observe “Rule of Two”

In 2012, the Department of Veteran Affairs procured an Emergency Notification Service for four medical centers for a one-year period, with an option to extend the agreement for two more, from a non-veteran-owned business.  The Department did so through the Federal Supply Schedule (“FSS”), a quick and efficient process that allows government agencies to acquire particular goods and services under prenegotiated terms.  After the initial year, the Department exercised its option for an additional year, and the agreement ended in 2013.

In response to the Department’s efforts procure the aforementioned services, Kingdomware Technologies, Inc. filed a bid protest with the Government Accountability Office (“GAO”), alleging the Department procured multiple contracts through the FSS without employing the “Rule of Two.”  The GAO concluded that the Department’s actions were unlawful.  Even still, the Department declined to follow the GAO’s non-binding recommendation, which resulted in Kingdomware filing the instant suit.

By its lawsuit, Kingdomware sought both declaratory and injunctive relief.  The Court of Federal Claims granted summary judgment to the government, and the Federal Circuit affirmed, holding that the Department was only required to apply the “Rule of Two” when necessary to satisfy its annual goals.  Kingdomware subsequently appealed their case to the U.S. Supreme Court.

Supreme Court Holds it has Jurisdiction to Hear Case, and Further Holds that VA Must Invoke “Rule of Two” in All Contracting Decisions

Turning to the merits of the case, the Supreme Court held that the Veterans Benefits, Health Care, and Information Technology Act of 2006’s contracting procedures are mandatory and apply to all of the Department’s contracting determinations.  The Supreme Court found that the use of the word “shall” in the Act connotes a requirement, whereas use of the word “may” means there is some discretion on the part of the government:

Further, the Supreme Court said it was unpersuaded by alternate readings of the Act’s requirements.  Thus, following the Supreme Court’s decision in Kingdomware Technologies, Inc., the Department of Veterans Affairs will be required to apply the “Rule of Two” as it relates to any and all of the Department’s contracting decisions.

After becoming aware of the problems associated with the Arbour employees, Ms. Rivera’s parents filed a qui tam suit, alleging that Universal Health Services had violated the FCA.  Ms. Rivera’s parents sought to hold Universal Health Services liable under an “implied false certification theory of liability,” which treats a payment request as a claimant’s implied certification of compliance with relevant statutes, regulation, or contract requirements that are material conditions of payment and treats a failure to disclose a violation as a misrepresentation that renders the claim “false or fraudulent.”

The Supreme Court’s opinion held that the implied false certification theory can serve as a basis for FCA liability when a defendant submitting a claim makes specific representations about the goods or services provided, but fails to disclose noncompliance with material statutory, regulatory, or contractual requirements that make those representations misleading with respect to those goods or services.  Specifically, the Supreme Court found that the FCA does not define a “false” or “fraudulent” claim, and that, under the common law definition of fraud, the parties agreed that certain misrepresentations by omission can give rise to FCA liability.  Ultimately, the Supreme Court concluded that the claims at issue may be actionable because they do more than merely demand payment; they fall squarely within the rule that representations that state the truth only so far as it goes, while omitting critical qualifying information, can be actionable misrepresentations.

The Supreme Court next turned to Universal Health Service’s contention that FCA liability for failing to disclose violations of legal requirements turns on whether those requirements were expressly designated as conditions of payment.  The Supreme Court rejected these contentions, holding that “false or fraudulent claim[s]” under the FCA are not limited to misrepresentations about express conditions of payment.  However, the Court further held that a misrepresentation about compliance with a statutory, regulatory, or contractual requirement must be material to the Government’s payment decision in order to be actionable under the FCA.

While the Supreme Court’s opinion settled the debate as to whether omissions count the same as outright misrepresentations in imposing liability under the FCA, the Court remanded the case for a determination of whether respondents have sufficiently pleaded a FCA violation consistent with the instant opinion.

The aforementioned opinions are significant victories for veteran-owned small businesses and FCA whistleblowers for differing reasons, and signal the ongoing protection efforts by the federal government and courts as it relates to whistleblowers in general.  As a result, if you or someone you know is the owner of a veteran-owned small business, or are aware of potential FCA violations, please contact our whistleblower attorney team for a consultation.  Our whistleblower attorney team can be reached via email at kporter@chrisjen.com, or by phone at 801-323-5000, or through our contact form.  Additionally, Christensen & Jensen offers government contracting services, including contracting on behalf of disabled veterans.