EEOC issues proposed guidance on retaliation; seeking to broaden the definition of retaliatory conduct and the concept of causation. 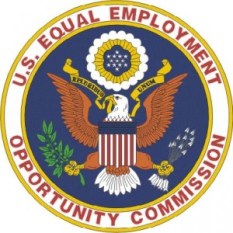 The U.S. Equal Employment Opportunity Commission (“EEOC”) has issued its draft proposed enforcement guidance on retaliation and related issues.  The EEOC’s proposed changes represent the first time the EEOC has sought to change its guidance on workplace retaliation in approximately 20 years.  These changes are in line with the EEOC’s recent efforts to broaden conduct that is deemed retaliation and the concept of causation.

Retaliation is a persistent and widespread problem in the nation’s workplaces.  Ensuring that employees are free to come forward to report violations of our employment discrimination laws is the cornerstone for effective enforcement.  If employees face retaliation for filing a charge, it undermines the protections of our federal civil rights laws.  The Commission’s request for public input on this proposed enforcement guidance will promote transparency.  It will also strengthen EEOC’s ability to help employers prevent retaliation and to help employees understand their rights.

Changes to the EEOC’s Guidance on Retaliation

One of the major changes appearing in the new EEOC guidance is an expanded definition of what constitutes “protected activity.”  There, the EEOC states at the outset, “[a] retaliation claim, whether based on participation or opposition, is not defeated merely because the underlying challenged practice ultimately is found to be lawful.”  However, the protected activity “must occur prior to the employer’s alleged retaliatory adverse action.”

In relation to the “participation” prong of the protected activity element, the EEOC notes that participation encompasses internal complaints.  Even still the EEOC finds that its guidance and the laws do not immunize employees from non-retaliatory discipline.

The next element of a retaliation claim is that the employer took an “adverse action” against the plaintiff.  The EEOC’s newly proposed guidance provides an expansive definition of what constitutes an adverse action.  There, the EEOC states that “[r]etaliation expansively reaches any action that is ‘materially adverse,’ meaning any action that might well deter a reasonable person from engaging in protected activity.”

The final element of a retaliation claim is proving a “causal connection” between the protected activity and the adverse action taken by the plaintiff’s employer.  Essentially, “[a] materially adverse action does not violate the EEO laws unless the employer took the action because the charging party engaged in protected activity.  Again, the EEOC has taken an expanded view of this element as well.  According to the EEOC, evidence of a casual connection can be proved by what one appellate court has called a “convincing mosaic” of circumstantial evidence that would support the inference of a retaliatory intent.  “The pieces of that ‘mosaic’ may include, for example, suspicious timing, verbal or written statements, comparative evidence that a similarly situated employee was treated differently, falsity of the employer’s proffered reason for the adverse action, or any other ‘bits and pieces’ from which an inference of retaliatory intent might be drawn,” the EEOC’s guidance says.

The EEOC’s guidance concludes with a best practices section, which provides a number of things an employer can do “[t]o reduce the incidence of retaliation.”  These practices include having written employer policies, providing training, providing anti-retaliation advice and individualized support for employees, managers, and supervisors, proactively following-up with employees regarding EEO issues, and reviewing consequential employment actions to ensure EEO compliance.

The EEOC’s proposed guidance makes certain the EEOC’s position that it will find protected activity and retaliatory intent in almost every situation where the employee subjectively believes his or her employer has retaliated against him or her.  Furthermore, there is no need to prove a retaliation claim by direct evidence.  Rather, a plaintiff may prove his or her case by circumstantial evidence under a “convincing mosaic” theory, which allows a plaintiff to use EEO issues from their entire time of employment as part of their retaliation suit.  In short, the EEOC’s new guidance makes clear that employers are under a high power microscope when it comes to retaliation claims.