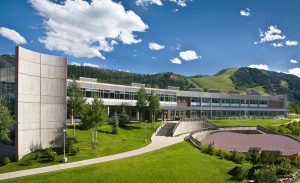 A whistleblower in a Colorado school district was fired after she revealed that excess expenses of over $17 million had been fraudulently inserted into the district’s 2013 budget.

Today, the Tenth Circuit Court ruled that the auditor, Gina Holub, was not protected as a whistleblower by the First Amendment because, as a school auditor, her discussions with her superiors regarding the budget irregularities fell under her duties as an employee, not as a private citizen.

In affirming the summary judgment for Adams 12 Five Star Schools and two district officials, the court said that Holub didn’t engage in First Amendment protected speech because uncovering and reporting budget problems was part of her official job duties as an auditor.

Holub argued that her speech was protected under the U.S. Supreme Court decision in in Lane v. Franks, 134 S. Ct. 2369, 38 IER Cases 585 (2014) because she had never contacted the board about previously suspected fraud, and she did not ordinarily discuss budget irregularities with them.

The court disagreed, saying that speech that is part of an employee’s “ordinary” job responsibilities doesn’t depend on the frequency of communication. Instead, the court said, it is more relevant to “focus on whether the employee’s speech was within the employee’s usual duties, not whether the speech itself was frequent, usual, or customary.”

“Because Holub’s comments to [the board members], while not customary, were made pursuant to her ordinary duties, the First Amendment did not protect her speech,” Judge Nancy Moritz wrote.

The district brought in an independent external auditor to review the budget figures. That auditor found no state law violations.

Over the next several months after Holub went public as a whistleblower, she met a number of times with the district’s Superintendent Chris Gdowski or Chief Financial Officer Shelley Becker, the two school district officials also named in the suit.

Holub said Gdowski and Becker engaged in a series of “feigned debates” with her after she unearthed the suspicious salary budget figures in order to “cover up” their knowledge the district had a greater budget excess than legally permitted. Holub maintains the budget irregularities were deliberately performed to hide revenue in order to undercut budget negations with the teacher’s union. Holub claimed her subsequent firing was, therefore, a “breach of contract” and “wrongful discharge in violation of public policy”.

The district denied Holub’s assertions and maintained that, subsequent to her statements about the budget irregularities, she developed “animosity” towards her supervisor, Becker, and she was fired as a matter of usual protocol, not because she was a whistleblower.

The Tenth Circuit said district court didn’t err in finding “there are simply no disputed material facts to support Holub’s conspiracy theory.” Instead, the court said Holub was fired for failing to comply with her supervisor’s repeated requests to move on from the budget issue.

Our take on this case? Whistleblowers should always retain an experienced whistleblower attorney before going public.