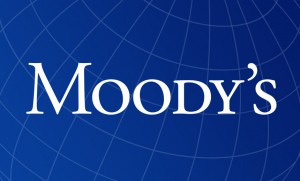 A federal judge in the Southern District of New York has dismissed a whistleblower suit brought by a former managing director of Moody’s Investors Service alleging credit ratings fraud.  The lawsuit specifically accused Moody’s of defrauding the U.S. government by failing to downgrade hundreds of thousands of credit ratings quickly enough, which purportedly fueled the 2008 financial crisis, according to an article from Reuters.

However, U.S. District Judge William Pauley sitting in Manhattan disagreed, ruling that Mr. Kolchinsky had failed to prove that Moody’s alleged abuse of its status as a nationally recognizes rating agency caused anyone to submit false payment claims the federal government.  Judge Pauley also concluded that there was no merit to Mr. Kolchinsky’s claim that Moody’s had pushed U.S. government officials to give insurer American International Group Inc. an excessively large bailout, or that Moody’s caused banks, insurers, and pension funds to rely on its ratings as a way to justify underpaying premiums to the Federal Deposit Insurance Corp. (“FDIC”).

At the outset of his opinion, Judge Pauley stated, “Kolchinsky’s sprawling Amended Complaint is a Homeric ‘Catalogue of Ships’ for the 2008 financial crisis.”  However, according to Judge Pauley, “government licensure does not transform credit ratings issued to private entities into false claims to the government for payment.”

Court Finds that Mr. Kolchinsky was an “Original Source”

Before the court could reach the plausibility of Mr. Kolchinsky’s FCA claim, the court was required to make a threshold inquiry regarding whether it had the power to adjudicate the credit ratings fraud suit.  The FCA requires a court “to dismiss any action in which the relator relied on publicly disclosed allegation, but was not the original source of those allegations.”  The court noted that Mr. Kolchinsky’s allegations were “substantially similar to stories previously reported in the media and investigated by Congressional committees.”  As a result, the court determined that in order to survive the “public disclosure bar” contained in the FCA, Mr. Kolchinsky had to “allege that he is an ‘original source’ of the publicly disclosed information about Moody’s credit-ratings fraud.” 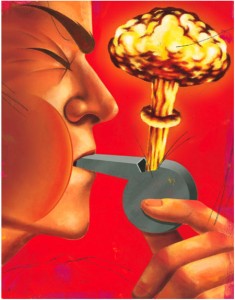 As per the FCA, “[a]n individual is an ‘original source’ if he had ‘knowledge that is independent of and materially adds to the publicly disclosed allegation or transactions, and who has voluntarily provided the information to the Government before filing an action.”  In Mr. Kolchinsky’s case, the court determined that “although information about the inaccuracy of Moody’s credit ratings was widely promulgated at the time this action was filed, Kolchinsky ha[d] direct and independent knowledge of the allegations in the Amended Complaint,” which he testified the same to Congress on three separate occasions.  Therefore, the court concluded that “[g]iven [Mr. Kolchinsky’s] Congressional testimony and the highly specific allegations in the Amended Complaint, it is clear that Kolchinsky was an ‘original source’ for the essential elements of the alleged fraud.”

Court Determines that All But One of Mr. Kolchinsky’s Claims Fails, Grants Leave to Amend Complaint

However, in order to state a plausible FCA violation, a plaintiff must plead his or her claim with “particularity.”  The court concluded that Mr. Kolchinsky had failed to “provide a single example of any agency that uses the Ratings Delivery System.”  Even still, the court granted Mr. Kolchinsky leave to file a “substantially narrowed Second Amended Complaint that pleads, with particularity, the Ratings Delivery Service Claims.”

The court next addressed Moody’s claims that Mr. Kolchinsky was required to file his Amended Complaint under seal.  While the general rule is that an original complaint must be filed under seal, the court stated that the Second Circuit had not yet held that the general rule applied to amended complaints as well.  There, the court accepted the premise that unless the amended complaint added “new and substantially different allegations of fraud,” then re-sealing was not required.  The court concluded that Mr. Kolchinsky’s Amended Complaint was only a “variation on a theme,” and therefore it was not required to be re-sealed when filed.

Finally, the court addressed whether Mr. Kolchinsky’s Amended Complaint was timely.  Under the FCA, a civil action must be commenced within six years of the date on which the violation of the FCA is committed.  The statute of limitations runs from “the date the claim is made, or, if the claim is paid, on the due payment, until the complaint is filed.”  The court determined that any claims included in the amended complaint, which alleged misconduct prior to May 27, 2009, or were not at all included in the original complaint were precluded in their entirety, or at least in part.  The only claim that escaped the statute of limitations bar was Mr. Kolchinsky’s Ratings Delivery Service Claims.